This agenda was held on Sunday, February 9, 2019. Along with first gathering of SEG UGM SC members, it took place in Batur Mountain and Watulumbung Beach, Gunung Kidul, Yogyakarta. 25 members joined this fieldtrip and was guided by SEG UGM SC former, Mradipta Lintang AM and Salma Difa Masti. According to regional geomorphology, this area is included in Southern Mountain Zone, specifically at Gunung Sewu Subzone. This area is composed by 2 formations, Wuni and Wonosari Formations. But Wuni Formation is dominating this area. The lithologies are pyroclastic, agglomerate interbedded with tuffaceous sandstone and sandstone. During observations, we find lithologies such as igneous rock (intrusions and lavas) and pyroclastic rocks which are intensely altered. Mount Batur was interpreted as dacite intrusions and altered characterized chlorite and epidote as the key minerals, besides, we can find clay and green-chlorite-like minerals in the outcrop. The alteration is intense because there are lots of fractures on the outcrop so that it became the way for hydrothermal fluid to interact with the wall rock. After doing observations in Mount Batur then we went down to Watulumbung Beach. During the way down, we observe the newly-cut slope which is more intensely altered than the outcrop in Mount Batur.
Altered rocks found in way down to beach has different characteristics. Rocks are red-coloured and white-spotted, which is interpreted as Kaolinite-hematite alteration.
There, we studied about basic alteration and how to differentiate weathering and alteration. Also, we studied about how to describe an altered outcrop. 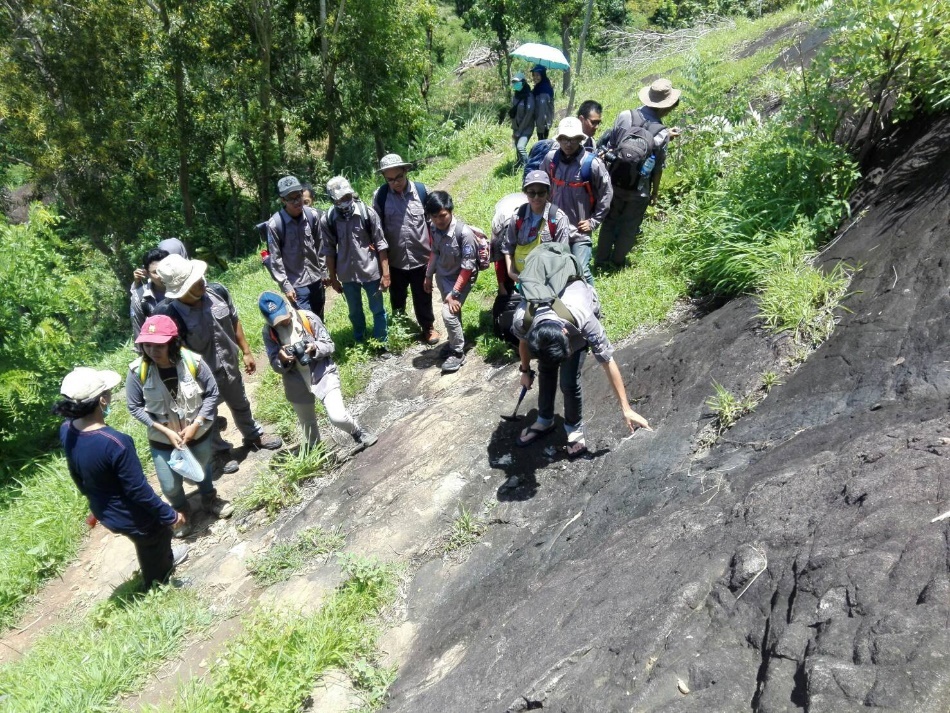 This class was held in April 16, 2019. Muhammad Burhanuddin, former of SEG UGM SC 2018, was the speaker of this research class. 18 members of SEG UGM SC joined this research, talking about regional geology of Fieldtrip 2 Area, Gunung Gupit. As the fieldtrip would be held on April 21st, this fieldtrip was made to prepare our member. Fundamental knowledge on both mineralization and alteration in Gupit area was triggering our member’s curiosity so there were many questions came up. This agenda was held on Sunday, April 21, 2019. It took place in Gupit Hill, near the renowned temple of Borobudur. 20 members joined this fieldtrip and was guided by SEG UGM SC former, Mradipta Lintang AM and Muhammad Burhanudin. According to regional geomorphology, this area is included in Menoreh hills, which is an ancient volcano located in Kulonprogo Mountains. This area is composed by 2 formations, Old Andesite Formation and igneous intrusion. The lithologies are volcanic deposits and andesite-diorite intrusions. During observations, we find lithologies such as igneous rock (intrusions and lavas) and volcanic deposits. Gupit Hill was interpreted as diorite intrusions and altered characterized by clay minerals as the key minerals. The alteration is intense because there are lots of fractures and faults on the area so that it became the way for hydrothermal fluid to interact with the wall rock, and the fractures are filled by oxides.
Altered rocks found in Stopsite 1 is way more altered than Stopsite 2, we found a sulphide vein on a fracture in Stopsite 1. In Stopsite 2, we found clay and silica alteration, with hematite vein.

To appreciate achievement obtained by members, our division will make a poster and then share it to social media, for at least, making the members feel cared for. There were some achievement made and been taken care of so far 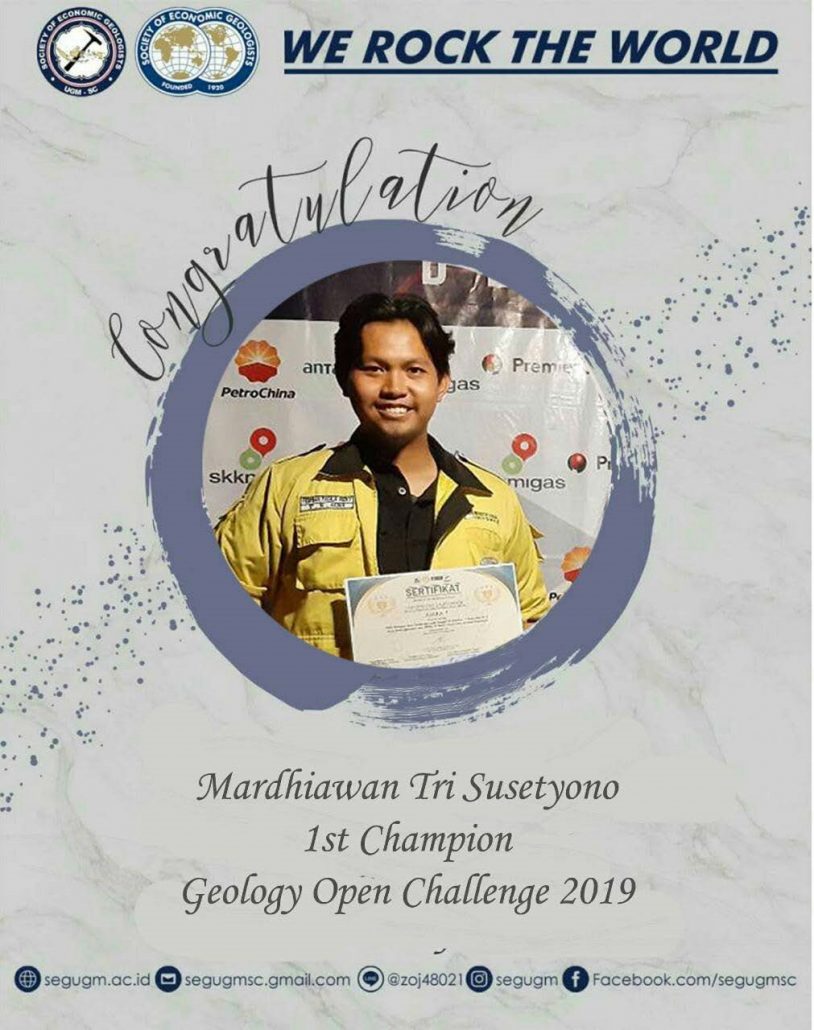 In order making the members get used to curious about new things, we are having trivia that will be posted each week, with one member will submit one sub-theme that have been given and they choose what sub-theme they’re going to write. Subtheme made was about several type of epithermal alteration, ranging from epithermal high sulfidation, intermediate sulfidation and low sulfidation. Person in charge for every subtheme have been made and trivia is still working on progress.